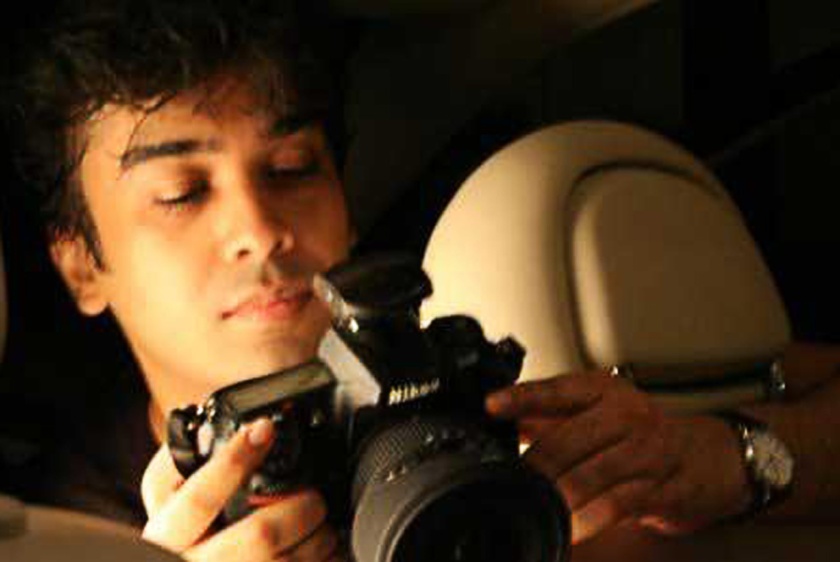 Fayyaz Ahmed is an award-winning photographer based in Karachi, Pakistan. Famous for his fashion and high-end portrait photography, Fayyaz also does occasional documentary work, and has made a name for himself as a director of music videos.

Without any formal training in photography (he was educated as a computer engineer), Fayyaz used to ‘click his surroundings’ in his mind until he began shooting in 2006 with a newly purchased DSLR.

Teaching himself photography by reading everything he could on the internet, he began working as a professional photographer in 2007. His creativity and versatile style enabled him to quickly make a name for himself in Pakistan.

While most of Fayyaz’s work is for editorials and advertisements, he has a great touch in capturing street photos. According to Fayyaz, the best advice he received was from a photographer who told him, “When you are shooting a portrait, you have to be quick or the subject becomes bored after a while”. Xyza Cruz Bacani is a Filipina street photographer based in Hong Kong, known for her black-and-white photos of Hong Kong street life. Bacani grew up in Bamband, Nueva Vizcaya in the Philippines. Before leaving the Philippines, she studied nursing. It was during this time that her interest in photography first took root, although she couldn’t afford a camera at the time. In order to help earn funds for the education of her siblings, Bacani joined her mother in Hong Kong when she was 18.

Working as a nanny for the same Chinese-Australian woman who employed her mother, one of Bacani’s tasks was caring for her boss’s seven grandchildren. A few years after she’d moved to Hong Kong, Bacani started taking photos with a Nikon D90 she purchased with money borrowed from her employer. 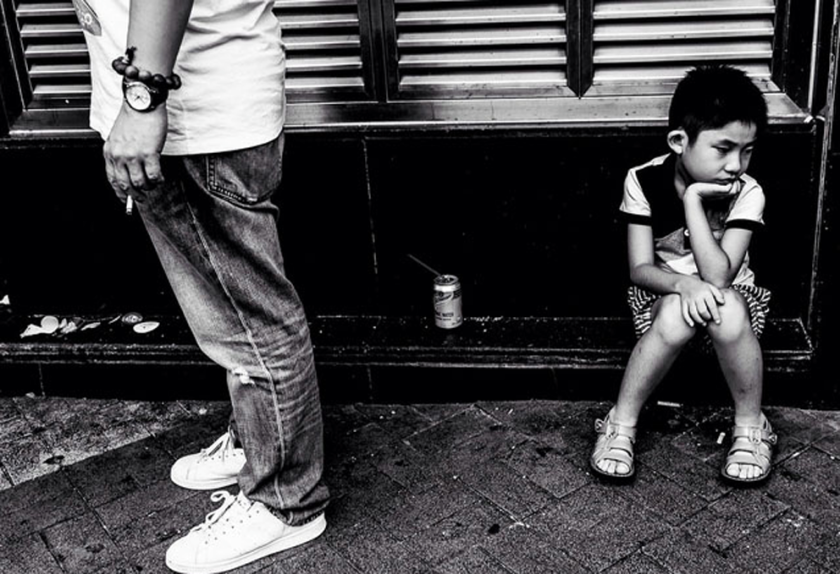 With camera her in hand during her spare time, Bacani began prowling the streets of Hong Kong allowing her mood to determine her destination. She honed her photography skills by capturing various aspects of Hong Kong’s Chinese communities as well as the play of light and shadows between the city’s iconic buildings.

Bacani was encouraged in her photography by her mentor, San Francisco-based photographer Rick Rocamora, who she met on a Filipino photographers’ group on Facebook.

Bacani has been building a reputation through her striking photographs of ordinary life in Hong Kong. Among her various street images of Hong Kong society, Bacani has also covered the 2014 Hong Kong protests, and documented the lives of other domestic helpers in Hong Kong. Continuing to work as live-in helper, any extra cash she earns from overtime goes toward cameras, lenses and film. Although she loves photography, she says she’ll never leave her day job as “it pays very well.”

Bacani has been featured in major international publications including the New York Times and Italian Vogue. In 2015, she was announced as a recipient of the 2015 Human Rights Fellowship by the Magnum Foundation, a prestigious scholarship that gave her the opportunity to study in an intensive, six-week-long program at New York University in New York. 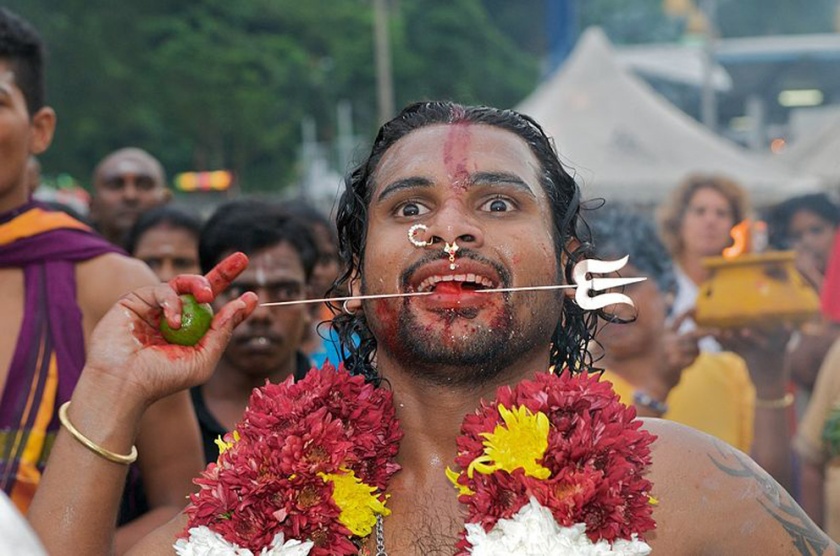 Althought the majority of Malaysia is Muslim, the country’s population includes more than two million ethnic Indians, most of whom are Tamil Hindus.

Every year, these Hindu communities celebrate Thaipusam. A public holiday, Thaipusam is a thanksgiving to Lord Subramaniam (also known as Lord Murugan) for answered prayers, and is also a day of penance. This important Hindu festival is held in the tenth month of the Hindu calendar (usually the end of January). 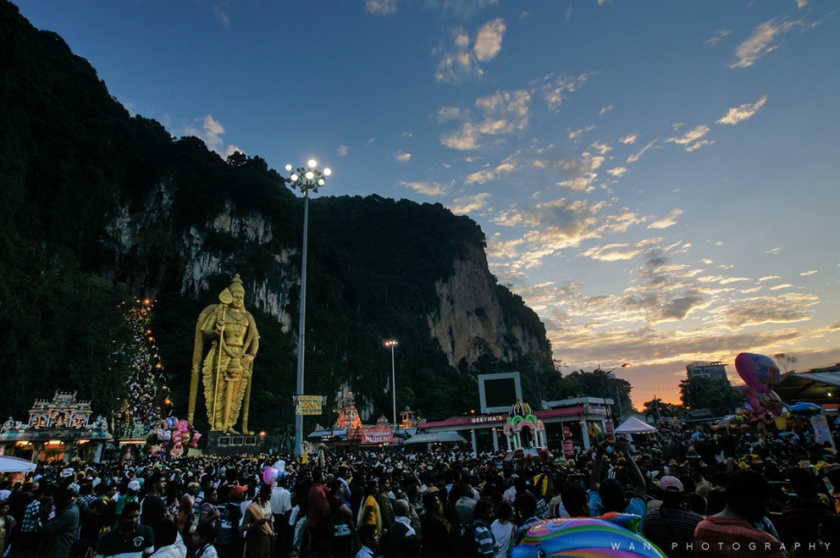 In celebration of Thaipusam, over a million Hindus converge on temples nationwide – the most famous being at the Batu Caves (an important religious site for Tamil Hindus on Kuala Lumpur’s outskirts), where hundreds-of-thousands gather.

Participants prepare themselves for the occasion by cleansing their bodies through fasting and abstinence, and usually observe a vegetarian diet for a certain period of time prior to the day of the festival. 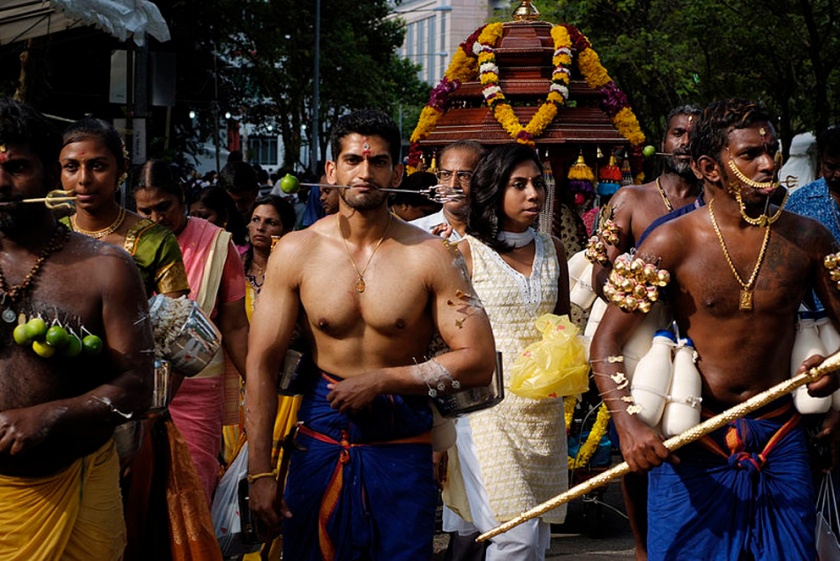 But the feature of Thaipusam that makes it so fascinating for photographers is the way that the celebrants display their penance. 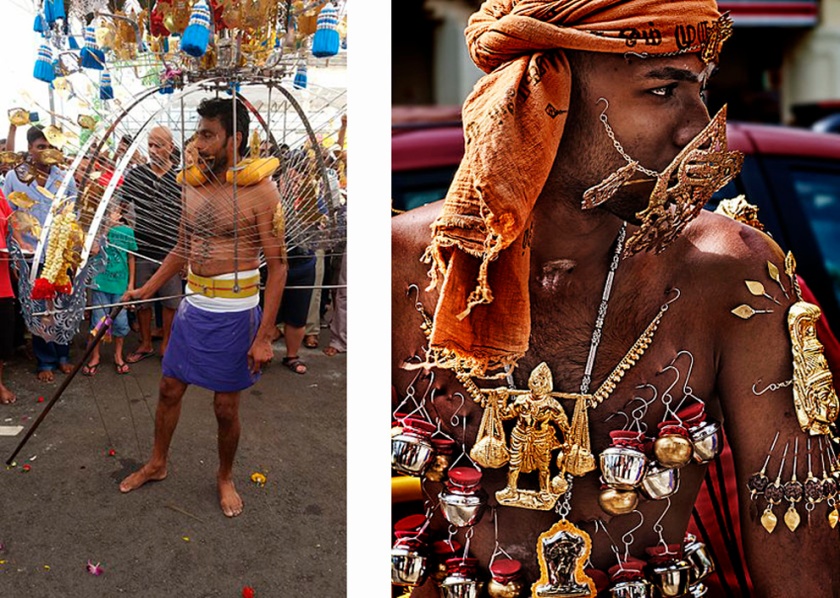 Many devotees pierce their skin, tongues or cheeks with long skewers in a form of penance, or bear elaborately decorated frames called ‘kavadi’ – typically attached to their body using sharp metal spikes dug into the skin.

If you plan on taking photos of Thaipusam, be prepared for a very crowded, hectic and sometimes even claustrophobic experience. However, the shots you get will make it well worth your while.

Although Thaipusam is also celebrated in India and Singapore and other countries with large Hindu Tamil communities, in Malaysia it’s marked with a particular zest that makes it special.

Uma Bista is both a photojournalist and documentary photographer in her native Nepal. Born and raised in Kathmandu, Uma’s first encounter with photography was when she took up a short course while she was in the 12th grade. Further to that, she attended many photography workshops to improve her craft. Rebelling against her parents’ dream for her to become a nurse, Uma pursued her passion for photography, eventually working full-time with two of Nepal’s leading newspapers – The Himalayan Times and The Annapurna Post.

When asked about her passion for photography, Uma replies, “I love all kinds of photography. But especially I prefer documentary photography. It covers everything. I want to document people, the joy, the love, the anger, the mystery, the feelings, the humor, the sadness. I feel happy while doing this.” Meeting a female working as a photographer in Nepal is rare. Few locals take up photography professionally, and among them there are very few women. This makes Uma’s accomplishments in photography even more unique. 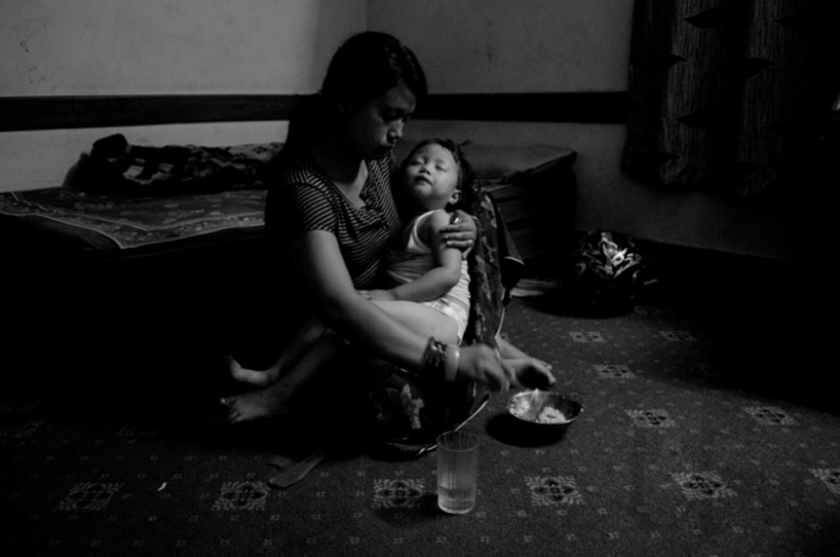