Korea’s annual Gangneung Danoje (The Gangneung Danoje Festival) is one of the most popular holidays in the nation, and a great time to capture photos of Korean culture.The festival takes place annually the fifth day of the fifth month in the town of Gangneung, Gangwon Province, Korea.

The festival include folk games such as the swing and ssireum (Korean wrestling), and other practices such as washing one’s hair in sweet Iris-infused water, eating surichwi tteok (rice cakes made with marsh plant), making Dano fans, and decorating masks.

Gangneung Danoje’s roots lie in the worship of the guardian spirit of the mountain that protects the town, and to pray for the peace and prosperity of all families living in the town.

Instagram has taken the world by storm, with millions trying to get ‘likes’ for the creativity, aesthetic, and – dare I say it – ‘perfectness’ of their uploaded photos.

Many others use the photos they upload to Instagram to create an impression how amazing their life is.

With all the attention garnered by the photos on Instagram, much has been made about the myriad filters available for people to use in creating their Instagram masterpieces. Thai photographer Chompoo Baritone took a different approach in a series of humorous images exposing how many of those ‘perfect’ Instagram photos could have been created with simple cropping.

The Bangkok-based photographer’s series ‘Slowlife’, pokes fun at these types of ‘impeccable’ lifestyle images on Instagram by highlighting just how easy it is to fake a beautiful lifestyle with some creative cropping.

Having studied photography at King Mongkut’s Institute of Technology Ladkrabang in Thailand, Baritone has a good eye for how things can be staged. Her ‘Slowiife’ series is a strong argument for how cropping and the use of filters can turn mundane situations into photos of seemingly extraordinary lifestyles!

While created with a humorous intent, Baritone’s work is actually a great case study for amateur photographers. “Slowlife” clearly highlights the effects cropping can have when creating a a photo. 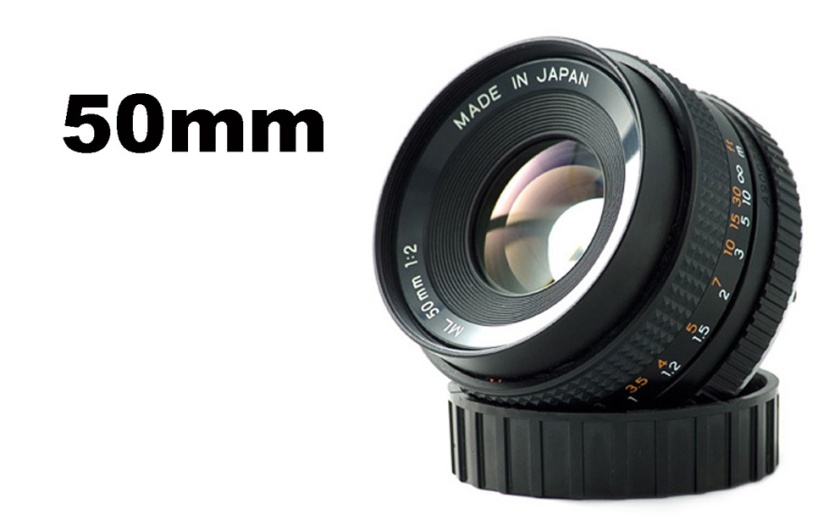 Chances are you bought your first DSLR with a kit lens (something like a18mm-55mm, or 24mm-105mm, for example). Kit lens are versatile and will serve you well as you get used to your new camera. But at some point you’ll start thinking about what lens you should buy next.

Many people will lust after a new zoom or telephoto lens, but I always suggest picking up a simple 50mm prime lens.

Most popular brands offer solid, high-performing 50mm prime lens (f1.8) at reasonable prices (between US$100-200). For a second lens, I recommend getting a low-cost f1.8 50mm lens – you’ll be amazed, and pleased, with their performance. Higher-end, 50mm lenses (f1.4 and f1.2) are available, but they’re bigger, heavier, and expensive. Prime or fixed focal length lenses offer great value as they are usually inherently sharper than zoom lenses. This is partly due to there being less moving parts inside the lens, and less lens elements.

Prime lenses also produce beautiful ‘bokeh’ (how the lens renders the out-of-focus areas behind your subject) than most zooms.

50mm lenses are also lightweight (between 4-6 ounces, depending on the brand), and small, which make them easy to carry and unobtrusive when you’re using them.

In addition, the 50mm f1.8 allows low light photography that kit zoom lenses can’t (even if they cover the 50mm focal length), because of their aperture limitations. A 50mm f1.8 lens will give you 2 F-stops more to open up versus a typical kit lens. You’ll be amazed at the photos you’ll be able to take in low light situations where flash can’t be used. Best of all, you’ll be able to take the shots without having to increase ISO to ridiculous levels.

So, what’s the disadvantage to purchasing a 50mm prime lens? Simple… you’re going to have to learn how to use your feet! Instead of just zooming-in as you do with your kit lens, you’ll have to take a couple of steps closer to your subject. But, believe it or not, what seems like a disadvantage at first will actually make you a better photographer. You’ll be forced to actually think about composition more, and in doing so your photography will improve.

The shots you’ll be able to take with your new 50mm lens will renew your enthusiasm for taking photos. 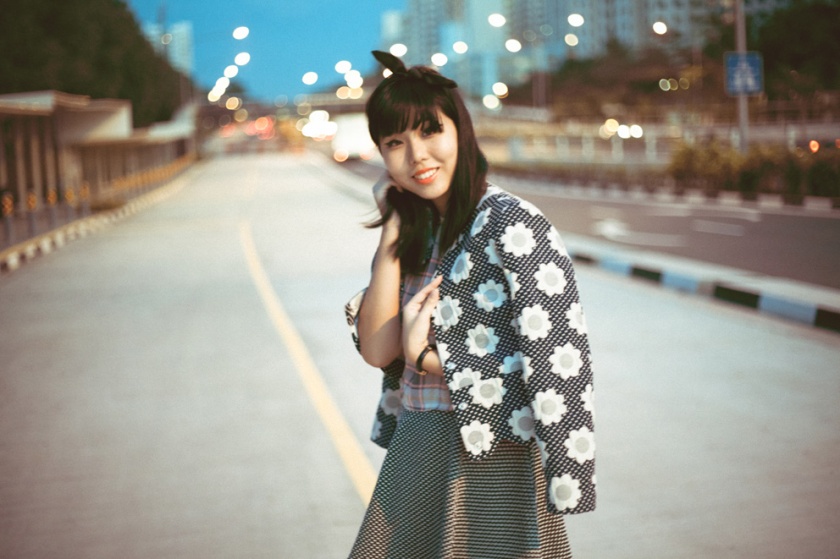 Singapore-based Lenne Chai has built a reputation as an extraordinary fashion photographer in record time.

First exposed to photography during a module on Photojournalism in her final year as a Mass Communication student, Lenne interned as a photojournalist for the Straits Times before launching her career as a freelance photographer.

Making a splash in locally with her pastel-powered and unconventional images, Lenne soon caught the attention of Japan’s fashion industry and has since been regularly travelling to Tokyo, where she shoots for many leading Japanese publications.

Lenne continues to expand her creative horizons by working on projects such as ‘Karaoke Party’ (a series of three fashion films presented as karaoke videos), and a collaboration with embroidery artist Teresa Lim titled ‘Sad Girls Club’.

Thomas Leong is a self-taught photographer who loves black and white minimalist photography. Long exposures, minimalism and simplicity are hallmarks of this artist’s stunning work. 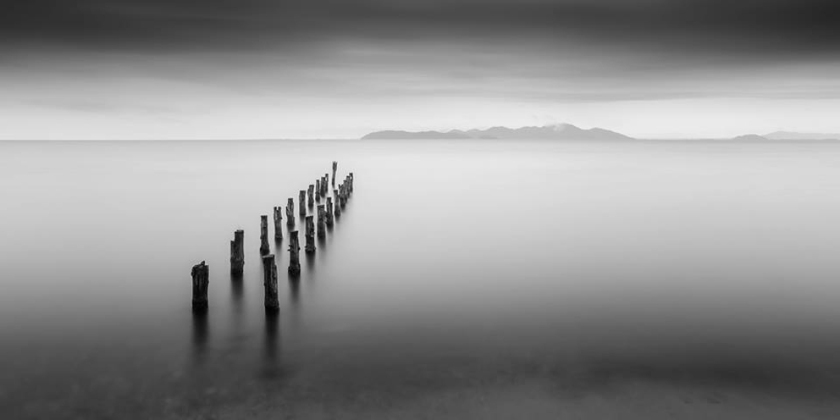 Thomas describes his photographic vision as, ‘creating a connection between viewer and subject; using imagination, understanding and feeling that provoke one’s emotion.”

Born in Ipoh, Malaysia, Thomas is currently living in Singapore where he practices photography as a hobby. He makes a living as a Technical Manager in semiconductor equipment.

Leong actively uses social media to share his images. You’ll find him on 500px, Flickr and Facebook. Judging from his photos, Leong should certainly consider delving into photography as a profession.

“Fine art is work defined by the photographer’s thought and vision; it is the truth behind art.” Thomas Leong

What determines whether a photographer is an artist? For one thing, artists have a personal objective. Before they even pick up their camera they have a specific vision of what they want to create – what’s often referred to as the ‘story they want their photo to tell’. Similar to artists who use other media, the challenge for these photographers is to actually accomplish their vision. That’s where their creativity, planning, imagination, technical skills, and post-processing talent come into play.

Another thing photographic artists share is a strong opinion of which of their photos is ‘good’. Every artist takes hundreds, thousands, of photos. Amongst them are a lot of average shots, some really awful images, and one or two photos that they believe successfully represent what they aimed to capture – whether you agree or not. Inevitably, those photos are the only ones the artist presents to the public.

The third thing I’ve noticed about photographers who can be called artists is that all have in common a persistent sense of dissatisfaction. I’ve never come across someone I consider an artist who is not still searching for a way to improve their photography. They’re perpetually looking for ways to improve their ability to capture with their camera the vision they have in their mind.

Keep in mind that the label ‘artist’ does not equate with ‘successful artist’. Most artists never find success. On top of that, many have their works derided and dismissed. That doesn’t mean they aren’t artists.

Most people taking photos have never given the above much thought for the simple reason that the purpose of their photography has never been ‘to create art’.

“Check out this photo I took!” A phrase we’ve all heard a million times. Our standard responses range from “awesome” to “looking great” to “where was that?” This usually leads into a conversation about the subject of the photo – you, your lunch, the location, etc… and the photo is never looked at again.

When people take – then share – a snapshot, they’re satisfied with the above scenario. The photo served its purpose. It got a conversation started.

For the vast majority of people taking and sharing photos today, those photos serve as a part of their overall communication – just as text does. These people aren’t trying to make you think deeply about something, nor are they trying to tell a story – they’ll do that with text messages, or verbally if they’re standing next to you.

And that’s fine. It just means that in today’s digital age, in addition to text and emojis, photos are also a means of communication.

A more traditional use of photos by the masses is as a means of capturing and sharing memories. Family outings, a child’s first steps or graduation, places we’ve been, and people we met. The desire to record a memory remains as strong today as it was hundreds of years ago when people would commission a painting of a family member. These ‘memory’ photos (for lack of a better word) are important to us regardless of whether they were taken by a professional photographer in a studio, or taken by a family member with a smartphone.

So, when you think of the hundreds of millions of people taking photos, it’s really a very tiny minority who are taking photos with the objective of creating art.

A method of communication, a tool for recording memories, a way of telling a story – the purpose a person has when they press the shutter button determines whether they are an artist, or not.