If you’re looking for a truly different photo opportunity, you might consider attending this unusual Japanese festival where revelers carry gigantic phalluses through the streets of a Japanese city.

The Kanamara Matsuri (“Festival of the Steel Phallus”) – also called the ‘Penis Festival’, is a Shinto fertility festival held on the first Sunday of April in Kawasaki, Japan. The festivities start at Kawasaki’s Kanayama Shrine. 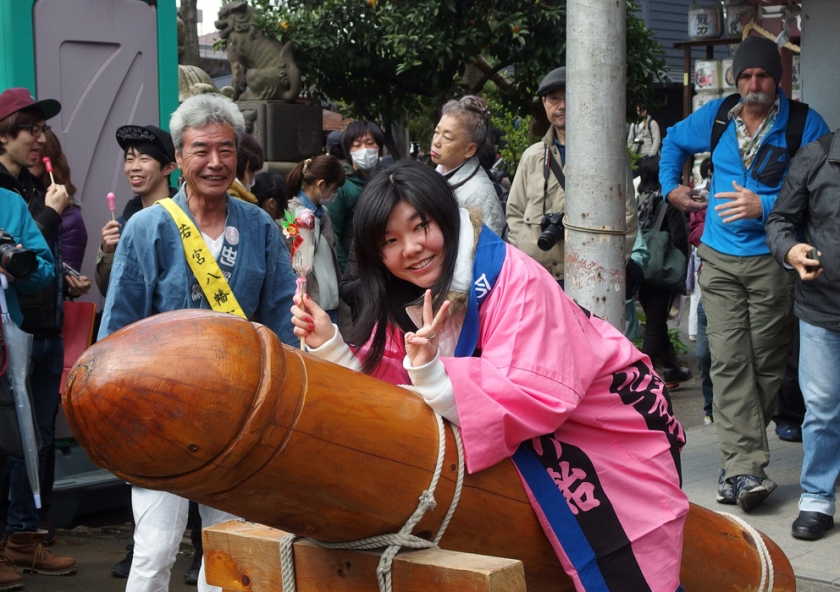 The highlight of the celebration is when the gigantic phalluses are carried out of the shrine on portable shrines (mikoshi) and paraded throughout the streets. Capturing a good photo isn’t easy as you’ll have to contend with crowds of onlookers.

Parade at Penis festival, at Kanayama Shrine in Kawasaki

During the event, penis-themed souvenirs ranging from penis-shaped lollipops and chocolates, to pens, key chains and more, are on sale. 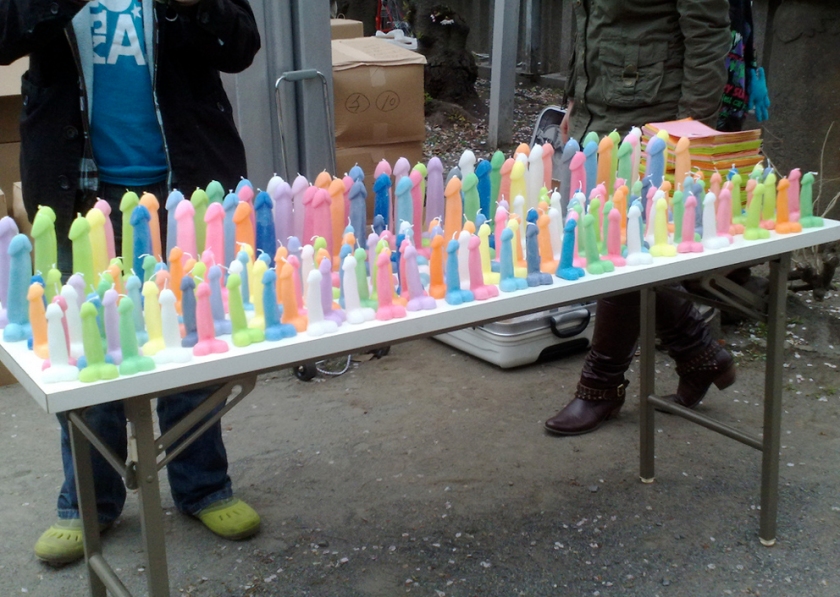 Penis candles sold at a stand at the Kanamara Festival

What might seem as an outlandish display of sexuality is actually a very family-friendly affair. The crowd is full of people taking snapshots, so you don’t need to feel self-conscious taking photos.

Woman having photo taken on wooden phallus by friend