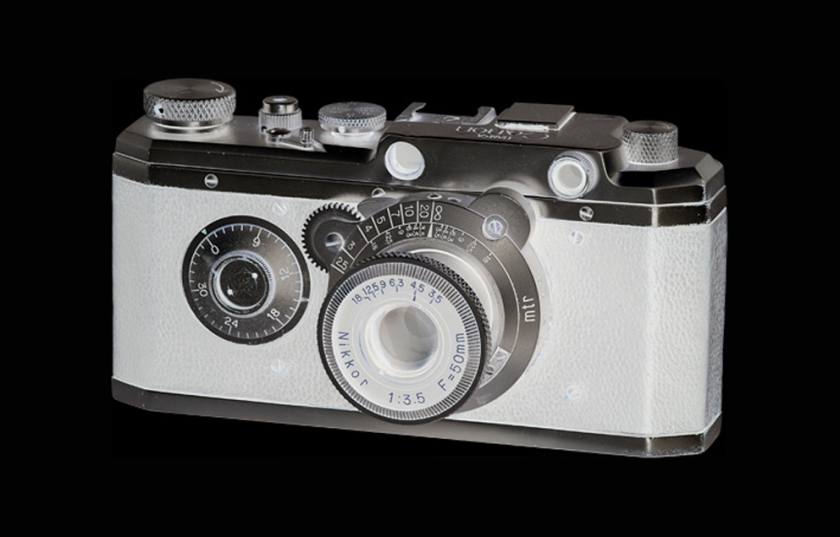 The origins of Canon date back to the founding of its predecessor, Seiki Kogaku Kenkyusho (Precision Optical Instruments Laboratory) in 1933. At the time, German Leica and Contax cameras dominated the market – although they were quite expensive. But when Goro Yoshida disassembled one, he was shocked to find it was constructed of relatively simple parts made of inexpensive materials such as brass, aluminum, iron and rubber.

Together with his entrepreneur brother-in-law Saburo Uchida, and Takeo Maeda, Yoshida founded the company to develop an alternative to the Leica – a 35mm rangefinder camera that people actually could afford. 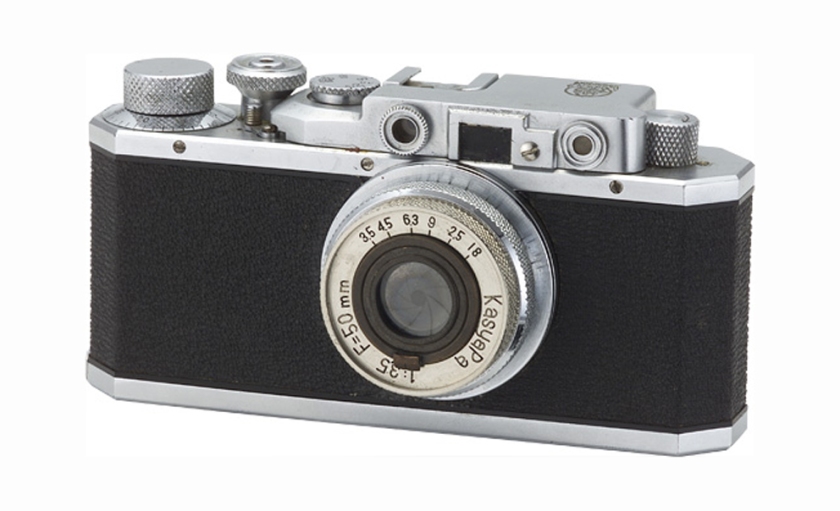 In 1934, Yoshida’s prototype camera was ready – a 35 mm focal-plane-shutter camera. The prototype was named the ‘Kwanon’, the name of the Buddhist goddess of mercy. The camera’s lens was called ‘Kasyapa’, named after Mahakasyapa – a disciple of Buddha.

At this time, the company adopted a logo for the camera. The logo included the word ‘Kwanon’ together with an image depicting the thousand-armed Kwanon and flames.

In 1935, while Precision Optical went about planning how to produce their cameras in quantities to bring them to market, the decision was made to change the Kwanon name to ‘Canon’.

At this early stage in the company’s history, Precision Optical lacked the resources and facilities to produce an entire camera on their own, so they turned to another Japanese company for help. The company they selected was Nippon Kogaku Kogyo (Japan Optical Industries), an established optical manufacturer that had been in business since 1917. (Nippon Kogaku later became today’s Nikon Corporation).

Nippon Kogaku agreed to build and provide Seiki Kogaku with the rangefinder mechanism, focus mount, and the all-important lenses needed for their new camera. The lens was a Nikkor 5cm f/3.5. 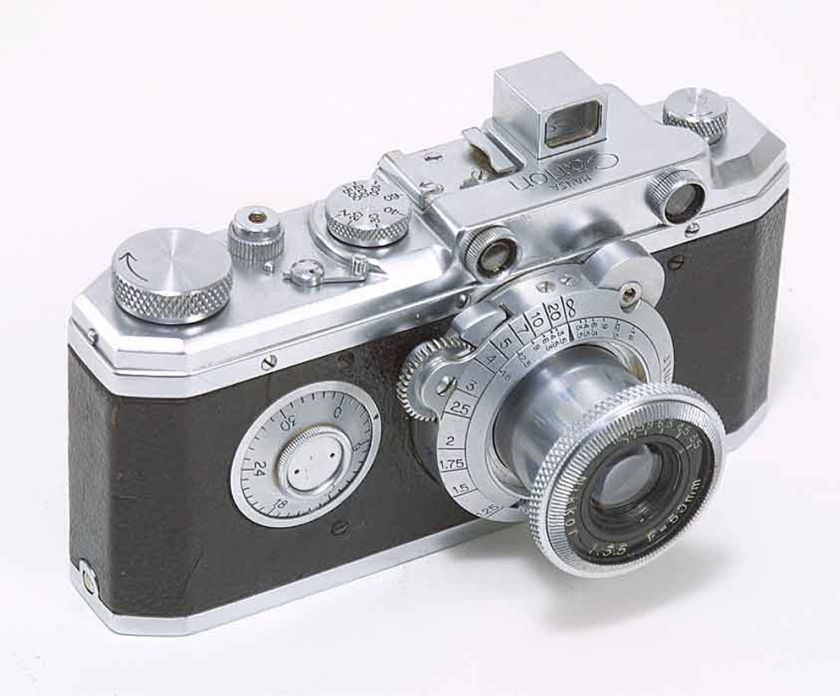 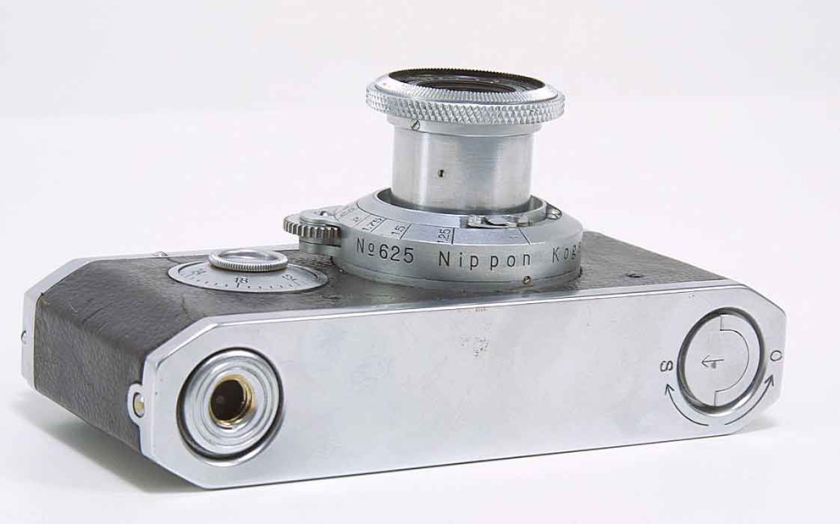 Nippon Kogaku’s contribution to the Hanza Canon can be seen on the camera itself. Early models are clearly marked “Nippon Kogaku” on the bottom of the focusing helical. And of course, the name ‘Nikkor’ can be seen on the lens. (Nikkor lenses continued to be used in Canon cameras until 1948, when Canon began using their own lenses – which were sold under the ‘Serenar’ brand name). 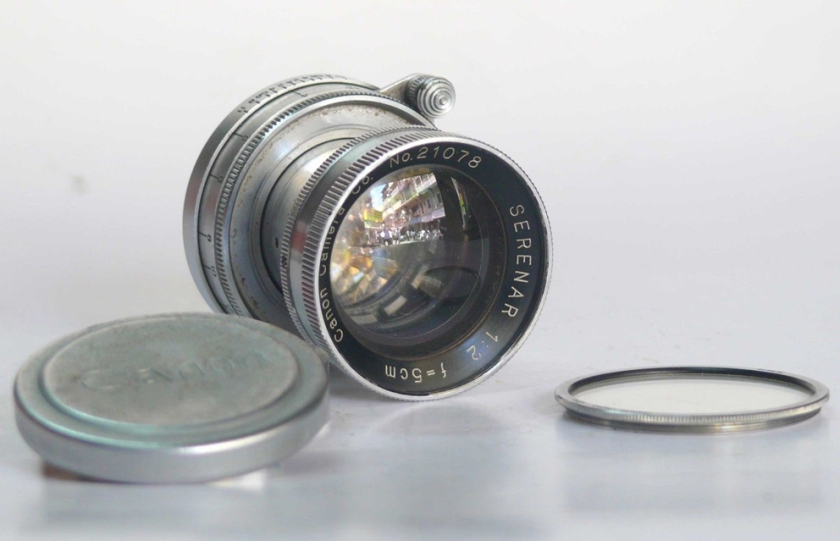 Although the Hansa Canon didn’t introduce any revolutionary features, it is credited with putting a Japanese camera in the same league as Leica – quite a coup for the company that would later become Canon.

The Hansa Canon also kick-started Nippon Kogaku on the road to becoming Nikon. Although they had produced camera lenses in small numbers before, the Hanza Canon marked Nippon Kogaku’s entry into the mass production of camera lenses – which eventually led to their entrance into camera manufacturing.