Hengki Koentjoro is a fine art photographer based in Jakarta, Indonesia. Born in Semarang, Central Java, his love affair with photography began when his parents gave him a Kodak pocket camera as a birthday present when he turned 11 years old. 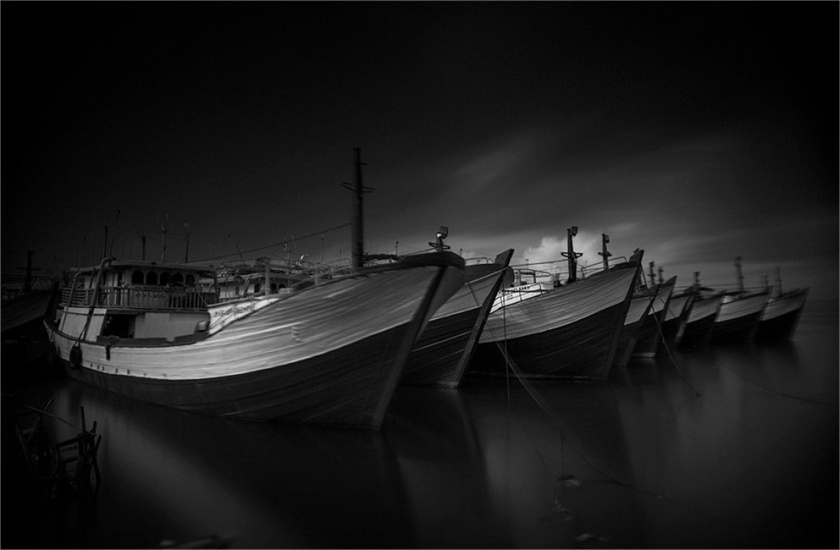 After graduating from California’s Brooks Institute of Photography with a major in film/video production and minor in Black & White photography, Hengki returned to Indonesia and settled in Jakarta. There, he works as a videographer and video editor. His video work mostly consists of corporate profiles, TV commercials, and nature documentaries.

Although Hengki claims photography is just a serious hobby that he indulges in his spare time, his images have won countless awards worldwide. It’s easy to understand why.

Hengki’s preference for black and white photography is influenced by his admiration for the work of Ansel Adams. In his own words, Hengki says of Adams, “His ability to control the tonality to create moods and atmosphere captivated me and my passion started from there and I never looked back”.

Practicing Ansel Adam’s Zone System, before shooting, Hengki tries to envision his subjects in black and white. He believes this helps in choosing the proper subject matter, composing the photo, and forecasting how the resulting image will look.

The ability to play around with tones allows Henki to create atmospheric photos that beautifully balance a combination of composition, texture, shapes and lines.

“Photography can never be separated from the aspects of making the common things unusual, welcoming the unexpected, indulging and embracing ourselves with the joy of photography”. Hengki Koentjoro