A former student of Studio Images (the only place that provides education in photography and image in Cambodia) and a graduate of the Royal University of Fine Arts, Cambodian photographer Neak Sophal explores the issue of identity in contemporary Cambodian society.

Neak’s exploratory work includes several including ‘Behind’ a collection of photos taken on the streets in which the subject practice self-censorship by showing their backs to the camera instead of revealing their faces and identity, and a series entitled Cham Norng (‘Thread’) where she used string to emphasize the ties of the present to the past.

The photographer next moved her focus to the city, where she asked everyday people to pose for her in the street, hiding their faces behind an object that characterizes them. In most cases, the object tended to be related to their work. 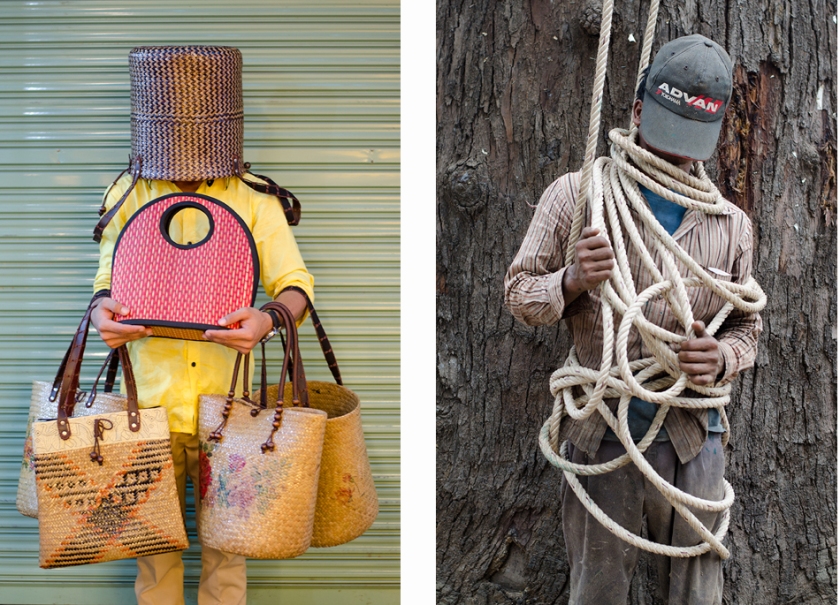 The subjects of Neak’s photos – whether a construction worker, a merchant, or a monk for example – ultimately lose their personal identity behind the object the selected to pose behind.

The purpose of Neak’s documentary series is to demonstrate how individuals disappear behind their function in society. The photos in the collection have a strange, yet lasting, impression.