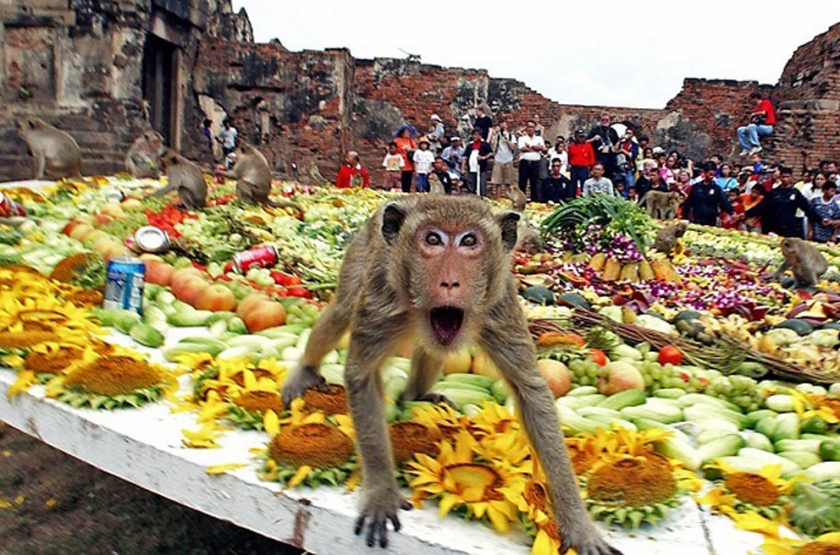 Looking for an unusual festival to photograph? Head over to Thailand for the Lopburi Monkey Banquet Festival held at the Phra Prang Sam Yot shrine. Located in central Thailand’s provincial capital of Lopburi, this Khmer shrine is inhabited year-round by hundreds of long-tailed macaques. 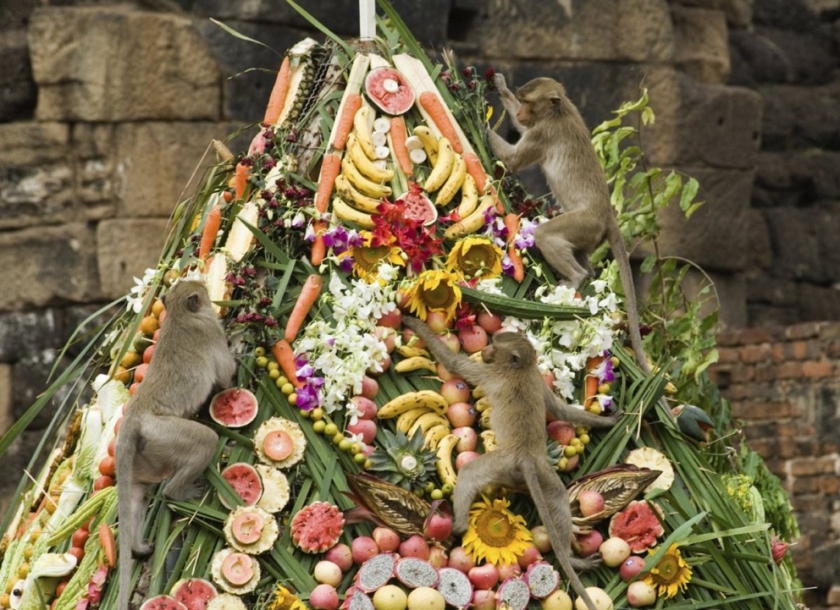 Despite stealing food and generally being a nuisance, the monkeys are a part of the daily life of the local community, as the townspeople believe they bring good luck and fortune. Having free reign of the town, the monkeys enter public buildings and traverse roads like any other citizen.

On the last Sunday of November, the Lopburi monkeys are honored with a huge feast set out on long tables in the ruins of the shrine. The delicacies offered include an abundant spread including sticky rice, tropical fruit salad frozen in ice blocks and an egg-yolk pudding. 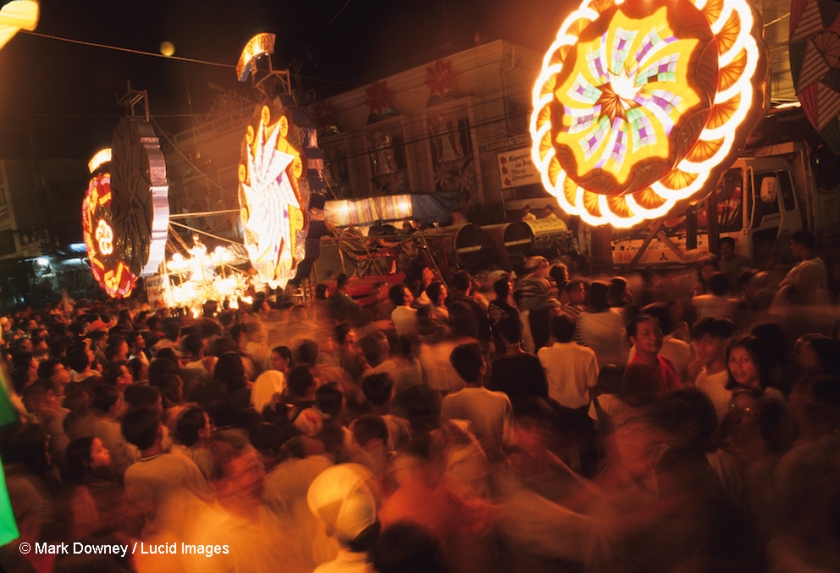 People come from all over to attend the festival and watch the monkeys as they scamper on the tables and enjoy the feast. 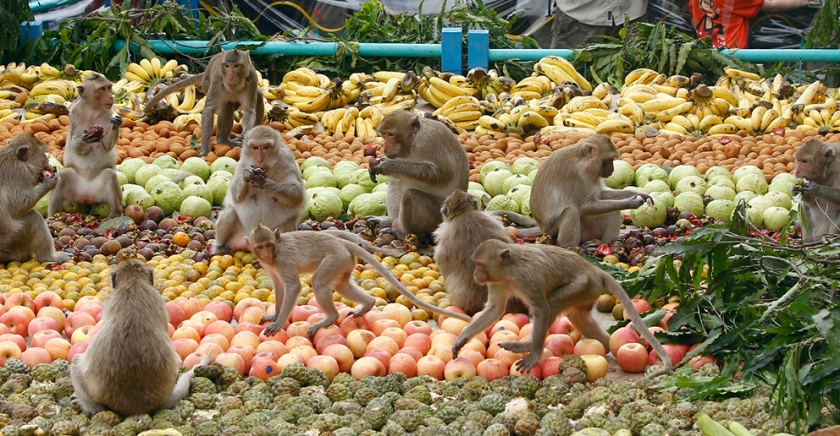 Initially shy in front of the hundreds of spectators, the monkeys eventually get in the swing of things – gorging on the food, guzzling sodas, throwing pudding at each other, and generally causing a ruckus. This riotous monkey spectacle will delight any and all photographers. 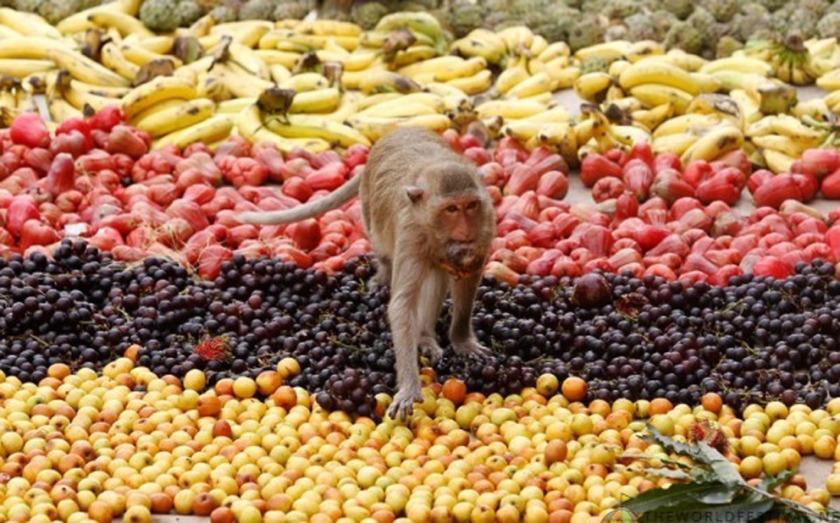 Once the monkeys’ appetites are satiated, and the remainder of the food is on the ground, the monkeys return to the treetops to sleep off their indulgence. A fun, and unique, festival, you’ll leave the Lopburi Monkey Banquet Festival with a lot of great shots in your memory cards. 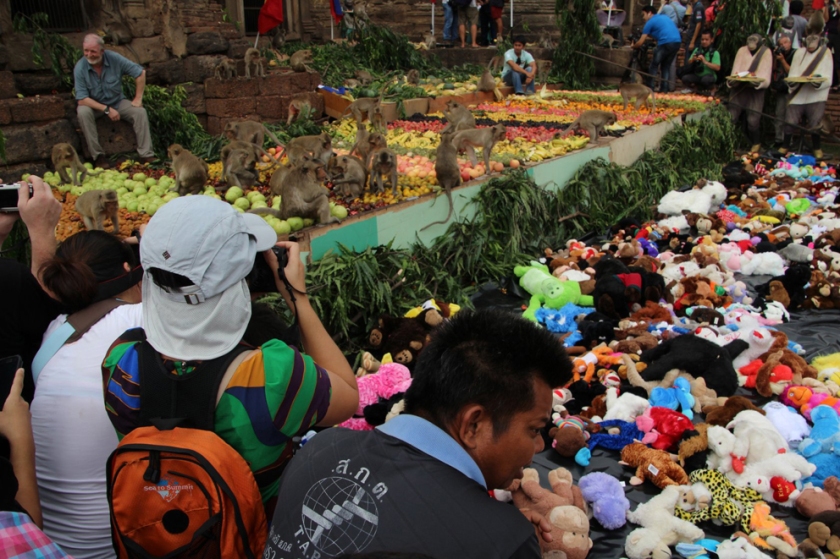